The SCMA was originally established in November 2004 and was under management by the Singapore International Arbitration Centre (SIAC). Acting on industry feedback, the SCMA was reconstituted in May 2009 as a company limited by guarantee started functioning independently. The aim of the SCMA is to provide a framework for maritime arbitration which is responsive to the needs of the maritime community. The SCMA has members drawn from all sectors of the maritime community and from all countries. . Know more 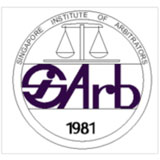 The Singapore Institute of Arbitrators is an independent professional body established in 1981.  We are a truly neutral professional body with no link or affiliation to any particular industry but bonded together with a common interest in arbitration & other alternative dispute resolution procedures. Know more

SIAC, which commenced operations in 1991 as an independent, not-for-profit organisation, has a proven track record in providing quality, efficient, and neutral arbitration services to the global business community Know more  (hyperlink to official www.siac.org.sg)

SIAC, which commenced operations in 1991 as an independent, not-for-profit organisation, has a proven track record in providing quality, efficient, and neutral arbitration services to the global business community Know more Now TAI of the Office of the Judiciary is an intermediary in fostering and promoting arbitral proceedings in Thailand, providing legal consultation to both public and private sectors.  For over 27 years of experiences and expertise in handling arbitral proceedings, TAI has been trusted for reputation, neutrality and efficiency in shepherding the parties successfully through arbitration process and assisting the arbitral tribunal in carrying out proceedings with convenience, effectiveness, and legitimacy.

Because of funded by the government, TAI provides administrative services free of charge which means parties to an arbitral proceeding administered by the TAI pay no institutional fee. The parties are responsible for only the actual expenses in conducting arbitral proceedings such as expenses for delivering documents, production of media recording testimony. Know more 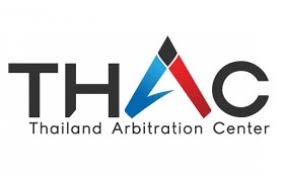 JSE is involved in every aspect of maritime business. TOMAC (Tokyo Maritime Arbitration Commission of JSE) is thus uniquely capable of dealing with arbitrations involving problems arising in the field. TOMAC resolves disputes arising under bills of lading,charterparties, contracts relating to the sale and purchase of ships, shipbuilding, ship financing, manning and so forth. Know more