(9/4/2016) The National Arbitrage Agency (BANI) will act as hosts for the Asia Pacific Regional Arbitration Group (APRAG) and the Arbitrage AsiaPacific Conference that will be held in Nusa Dua, Bali, October 6-8, 2016.

As reported by the State News Agency Antara, the Bali Conference has adopted the theme “The Rise of International Commercial Arbitration and Developments Investment Treaty Arbitration: Asia’s Response”.

The chairman and of BANI, M. Husseyn Umar, explained that the theme was adopted because of the growing role played by international commercial arbitration in the rapid and massive development in Asia.

“In this region, arbitrage is seen as a means of dispute resolution between investors and a sovereign nation. The development is very interesting and a challenge for arbitrage practitioners in Asia,” Umar explained.

With the growing role played by arbitrage in commercial relationships, there is also a call of a uniformity of approach in the arbitration process. M. Husseyn Umar continued, saying APRAG 2016 will create a forum where international experts in the field of arbitrage can meet and discuss common problems and seek solutions, particularly in the area of arbitrage involving international investors.

Local and international arbitrators, legal experts, government officials and business people will attend the Bali conference. Current plans call for APRAG 2016 to be opened by the Head of the Supreme Court, Jatta Ali, accompanied by the chairman of the Indonesian Chamber of Commerce (KADIN) Rosan P. Roeslani. BANI was formed in 1977 on the initiative of the Indonesian Chamber of Commerce (KADIN) as a means of achieving a more satisfactory dispute resolution process. 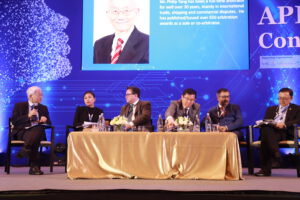 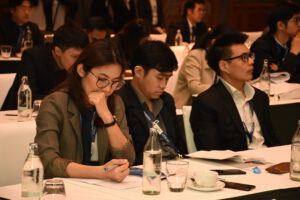